Industrial robots: A game changer in the manufacturing sector 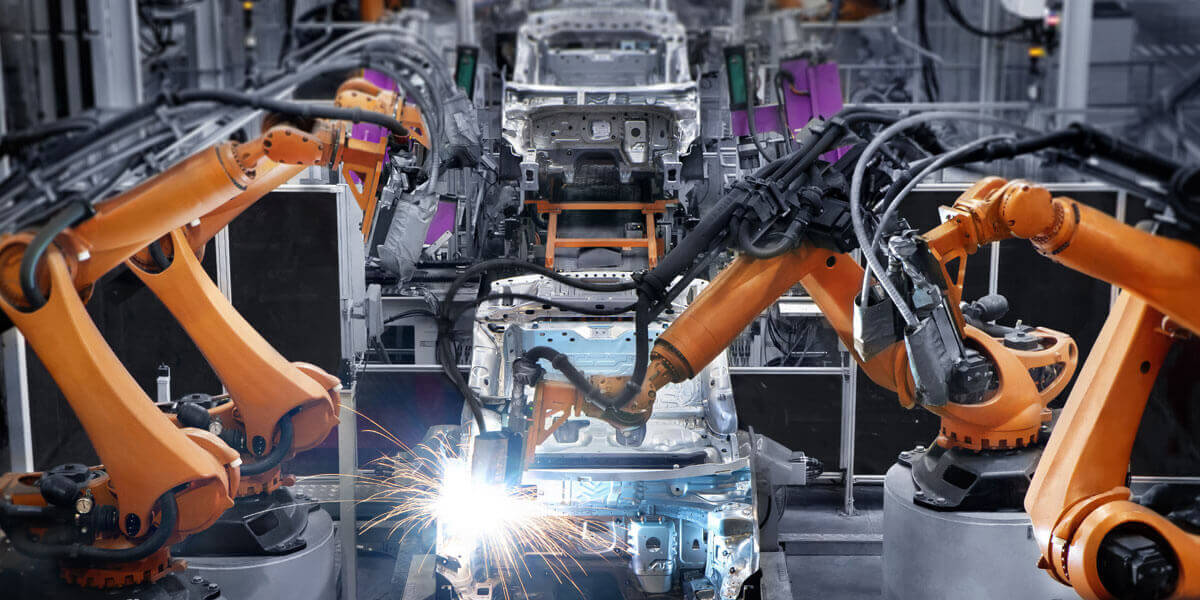 The quest to increase manufacturing agility and reduce production costs has given rise to a new breed of machines – industrial robots. Industrial robots can perform a range of repeatable tasks with precision, speed, and consistent quality. As a result, they are highly coveted in automotive, electronics, metals, chemicals, and food manufacturing industries. Worldwide sales of industrial robots hit record highs in 2017 and is expected to increase by at least 15 percent on average per year until 2020, signaling the rapid transition towards Industrial 4.0. We took a closer look at this emerging trend in the manufacturing sector.

Why are manufacturers turning towards industrial robots?

Industrial robotics offer significant advantages for SMEs and large manufacturers alike. Most industrial robots are standardized and offer intuitive programming methods. As a result, they are easy to use and help ensure consistency and accuracy in manufacturing processes such as soldering, material handling, cutting, drilling, assembling and polishing, among others.

The key factors that are driving the expansion of robot usage in industrial processes include:

As per the International Federation of Robotics, robots are classified only based on mechanical structure.

Articulated Robots: This robot design features rotary joints and can range from simple two joint structures to 10 or more joints. These are typically used in the handling of metal casting, palletizing, welding, and painting.

Linear/ Cartesian Robots: These are also called rectilinear or gantry robots. Cartesian robots have three linear joints that use the Cartesian coordinate system (X, Y, and Z). Primarily used in:

Parallel Robots: These spider-like robots are built from jointed parallelograms connected to a common base. Heavily used in the food, pharmaceutical, and electronic industries to carry out functions such as picking and placing, assembly, and handling.

Polar: Also called spherical robots, in this configuration, the arm is connected to the base with a twisting joint and a combination of two rotary joints and one linear joint.  Primarily used for:

Cylindrical: The robot has at least one rotary joint at the base and at least one prismatic joint to connect the links.

The articulated robots segment accounted for the maximum share in the global industrial robotics market in 2016, owing to their extensive use in the packaging and healthcare sectors. Based on functionality, materials handling sub-segment holds the maximum share.

Most robotics operating systems have been developed due to research initiatives by universities or industry leaders. It’s not uncommon for such platforms to be open-source, enabling developers to make modifications that enhance the capabilities of systems.

Intelligent Robot software Platform (iRSP): iRSP is an open platform by Bonavision, Inc., that enables the development of intelligent robots.  The most important characteristics of iRSP are its capabilities of integration and support for artificial intelligence.

ROS Industrial (ROS-I): ROS-I is an advanced open-source robotics software, which extends the capabilities of Robot Operating System (ROS) software to manufacturing. ROS-I provides some key benefits to the industrial robotics industry such as interchangeability of hardware components, standardized access to applications, and manufacturer-independent drivers.

VxWorks: VxWorks is a real-time operating system (RTOS) used in many of the industrial robots manufactured by ABB, Kuks, Stäubli, and Yaskawa Electric Corporation.

Industrial robot manufacturers have delved into research and production operations aimed at developing mobile robots and co-bots for the purpose of upgrading the capabilities and applicability of such robotic devices.

Kuka: Provides intelligent automation solutions and innovative collaborative industrial robots, such as LBR IIWA, which can work in collaboration with humans based on KUKA Sunrise control technology, and app-based robots such as six-axis palletizing robots and welding robots.

The industrial robotics space is an interplay between the companies manufacturing industrial robots and other related equipment, companies developing manipulation software to enhance the capacity of the robots, system integrators and, lastly, the OS platform developers, which forms the core of these robots. 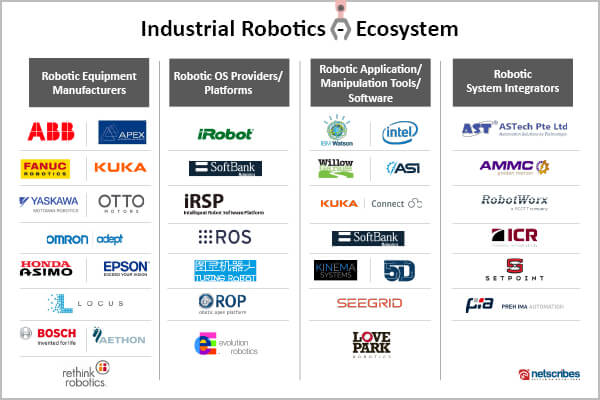 According to industry reports, investors spent 50% more in 2016 than they did in 2015 on robotics start-ups. The key areas of industrial robotics investment, include unmanned aerial vehicles, self-driving cars, and robots in agriculture and healthcare. Despite the high growth potential, however, industrial robotics players face challenges such as high barriers to entry, high initial investment, and safety issues.

To say that industrial robotics hold the key to the future of manufacturing is a redundant statement. Robots are here and are actively being incorporated in day-to-day business operations. Robots are even beginning to interact with customers in increasing numbers. While ethical conundrums might emerge, the implications of industrial robotics are undeniably vast and are fast becoming immediate.

For detailed insights and market analysis on the manufacturing industry, contact info@netscribes.com.