FIFA World Cup 2018: The three most innovative sports technologies at play this year 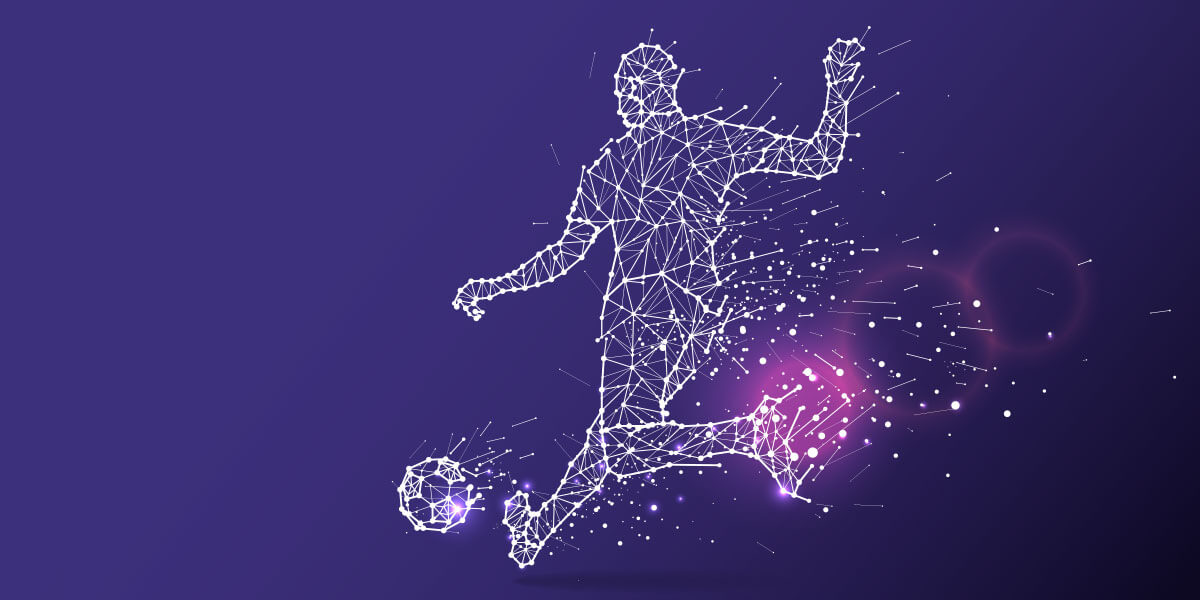 In high-stakes sporting events such as the Olympics and World Cup, there’s immense pressure on teams to perform well. Given how high the expectations are, it’s crucial for sports managers to make the right decisions and ensure players are in their best form when on the field. That explains why leagues and franchises are increasingly turning towards innovative sports technologies for making better decisions during the game.

The football field has come a long way since its classical days. Today, the match kit for players and match officials come equipped with several electronic devices that relay and receive data. But it’s not the just the players and referees that are bearers of digital information on the field. The football pitch itself is a prime example of the extent of adoption of technology in sports with cameras and sensors providing all sorts of statistics and data to relevant match authorities. Here’s a look at some of the key innovations that are being used in the 2018 FIFA World Cup.

Goal-line technology, also known as the goal decision system, was introduced to eliminate incidents of controversy during close goal decisions. The approach follows the rules stated in the Laws of the Game, wherein a goal is scored only when the entire ball has crossed the goal-line. The GLT determines this with the use of various devices to inform the referee of a clear goal.

How does it make such precise decisions in the heat of a game? 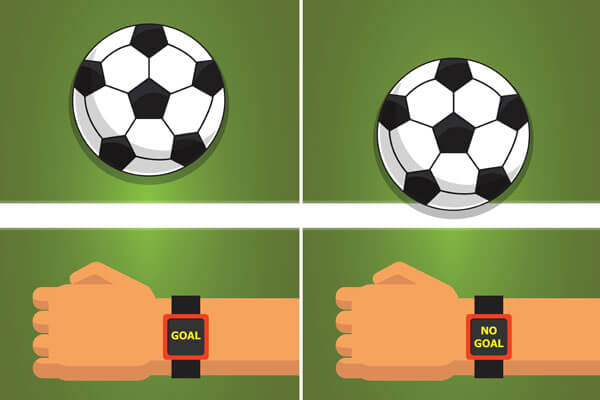 There are various FIFA approved systems that provide goal-line technology. Of these, the first system to receive a FIFA GLT license was the Hawk-Eye system. The system, in order to eliminate any chance of a faux pas, positions 14 cameras around the rim of the stadium, seven focusing on each goalmouth. In the event of a possible goal, the feed from each of the seven cameras is processed through a central mainframe to identify the areas of the images that are definitely not the ball. By simple method of elimination, the position of the ball is determined, and all that is required is visibility of a small part of the ball.

The Hawk-Eye system is accurate to the closest millimeter, meaning the decision is irrefutable, making it the perfect aide for the match officials. Additionally, the system comes equipped with a definitive replay feature. By utilizing a dedicated high-speed camera, the system is capable of removing players from the image and getting complete visibility of the ball.

This method is effective even in the case of obstruction of some of the cameras since only a total of two cameras are required to determine the position of the ball with respect to the goal line. The mainframe is linked to the referee’s watch. In the instant of the ball crossing the goal line, the referee is immediately notified and a goal is declared.

The advent of GLT has ruled out major possibilities of human error from the football pitch. With growing acceptance of sports technologies, GLT can be expected to see even wider adoption in the coming years.

During this year’s World Cup matches, if you happen to see the referee touching his headset, this means that he is consulting the Video Assistant Referee. But what is going on at the other end of the line?

The Video Assistant Referee is not a one-man army. In fact, he is accompanied by three other Assistant Video Assistant Referees (AVARs) at the Video Operation Room (VOR) at the International Broadcast Center (IBC) in Moscow, each of whom has very specific roles to play during a review. While the main VAR leads the team and has direct communication with the first match official, here’s what the three AVARs are doing:

AVAR 1: The first AVAR is keeping track of the main camera and live play during the review period.

AVAR 2: The second AVAR is responsible for checking offside incidents that lead to any of the above scenarios where the VAR team may be consulted.

AVAR 3: The third AVAR is responsible for viewing the TV feed and keeping clear communication flow between the VAR and AVAR 2 who is at the offside station.

The use of VAR has been very well defined by FIFA. The fifth match official can only play a role in four distinct scenarios, three incidental and one administrative. 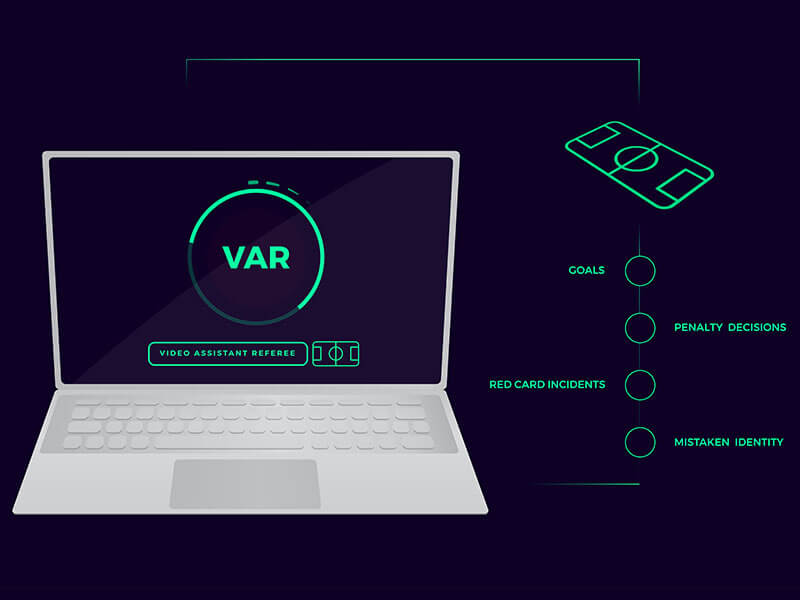 Goals: In this scenario, the VAR assists the referee in denying a goal based on an infringement leading up to the goal. The time taken to review the incident does not have any impact on the game since the play had already been interrupted from the ball crossing the goal line.

Penalty Decisions: In this particular role, the Video Assistant Referee reviews the validity of a penalty decision. In case the system finds the decision faulty, the information is conveyed to the on-pitch referee who then holds the right to rescind the penalty decision.

Red Card Incidents: As a means to eliminate refereeing mistakes, the VAR system also ensures that no wrong decision is made in the sending of a player for misconduct. However, this rule only applies if the send-off is a direct red card. If a player is sent off upon a second yellow card, a VAR review is not applicable.

Mistaken Identity: In case the first match official sends the wrong player, the VAR can inform him of the fault and the right player can then be disciplined.

All things considered, the VAR system is quite an impressive surveillance feat. And the company behind the development of the system is Hawk-Eye Innovations. The system leverages their proprietary SMART (Synchronized Multi-Angle Replay Technology) to provide the system with the required information. This sports technology achieves its golden efficiency by using servers and software that not only process the information but archive it as well for faster decisions through library access.

In a high-octane game like football or soccer, mistakes can be directly linked to the team’s physical and mental status. Global football federations have realized the importance of monitoring players before and after each game to ensure optimal field performances. This need has led to the rise of electronic performance and tracking systems (EPTS) that enable coaches and trainers to analyze the fitness levels of players, facilitating in their decisions. 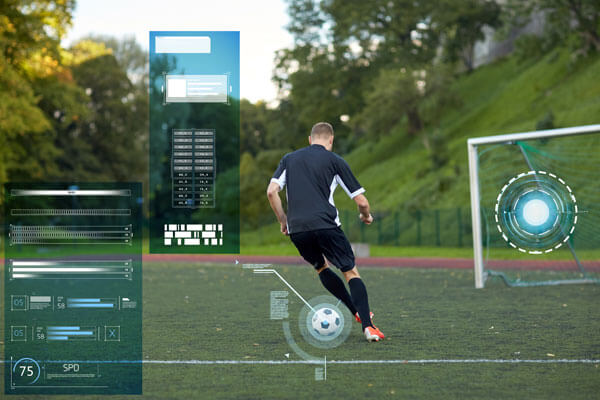 In 2015, the International Federation of Biosafety Association (IFBA) approved the use of EPTS in the 2018 FIFA World Cup series to help players of all the 32 teams perform better.

EPTS provides player statistics, positional information, and video footages to coaches on mobile devices such as tablets. There are typically three groups analyzing this data on the field – the analyst sitting on the bench, the medical team, and the analyst in the stand.

Two optical cameras positioned on the main tribune collect data during matches, which is then supplied to the different groups. There are workstations dedicated to the groups where they can exchange key insights, for both the coaching staff and medical personnel. Optical tracking cameras located on the main tribune are used to closely monitor the players and the ball. EPTS device manufacturers typically pair the wearable with gyroscopes, accelerometers, and heart rate monitors to track player load and physiological data.

A majority of sports-tech investments are currently focused on improving audience engagement, the way teams are managed, and team and player performance primarily through analytics and digitization.

Beyond the World Cup, associations are partnering with sports tech firms to leverage wearable technology for their players. The US Soccer Federation, as an example, has hired a leading sports analytics company to monitor all its four million registered soccer players using athlete monitoring devices.

Clearly, sports-tech is becoming an integral part of football and other professional sports worldwide, disrupting everyone in sports value chain. Everyone, from individual players, teams, and, broadcasters to sports equipment manufacturers, content providers, and fans, is experiencing the effects of this rapidly-evolving market. Being aware of the rapid changes and responding effectively to the threats and opportunities it poses is key for businesses in the sports industry to stay in the game.

For customized market and competitive intelligence on the sports industry, reach out to us at info@netscribes.com.