China at forefront of 5G innovation and research 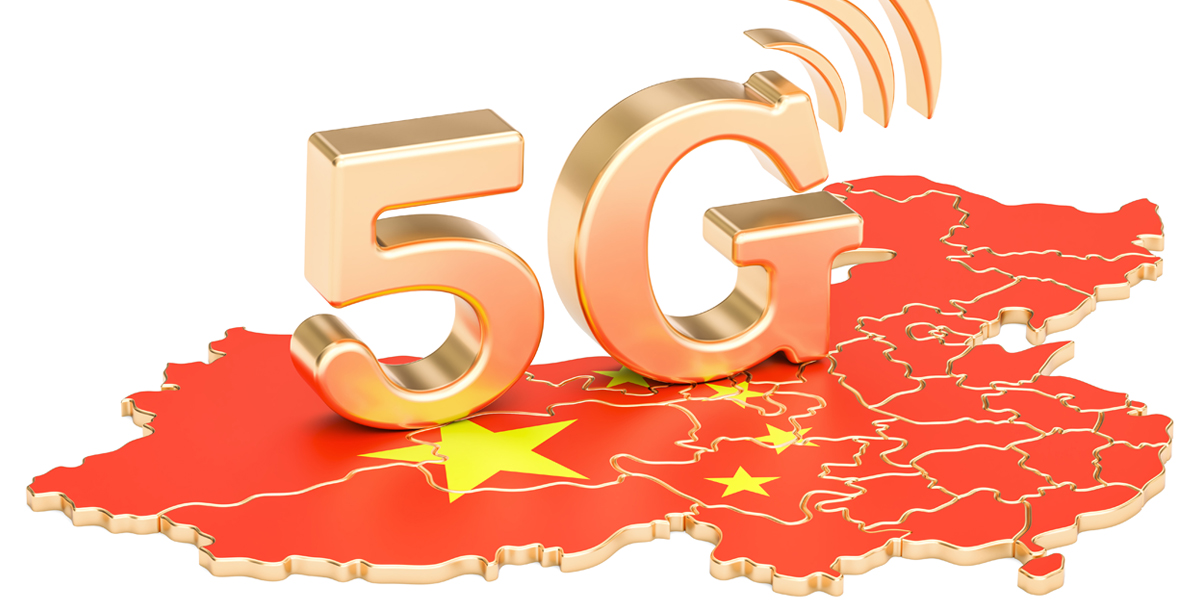 China could be the first country to roll out a commercial 5G network. According to recent reports, the world’s first 3GPP end-to-end 5G NR connection was tested successfully in the mainland using infrastructure by Qualcomm, ZTE and China Mobile.

One of the key factors driving the country’s speedy progress in 5G is its increased investments in research and development. A recent IP analysis carried out by Netscribes found that China was miles ahead of the US in terms of 5G patent filings. The below graph represents the geographical distribution of patent families worldwide.

32% of the total patent families are in China, indicating that a large part of the research and innovation in the 5G domain is happening in this region. It is trailed by the US (17%), Korea (12%), Europe (6%), Japan (3%) and India (2%). 22% of the filings have been identified as WIPO or international applications. 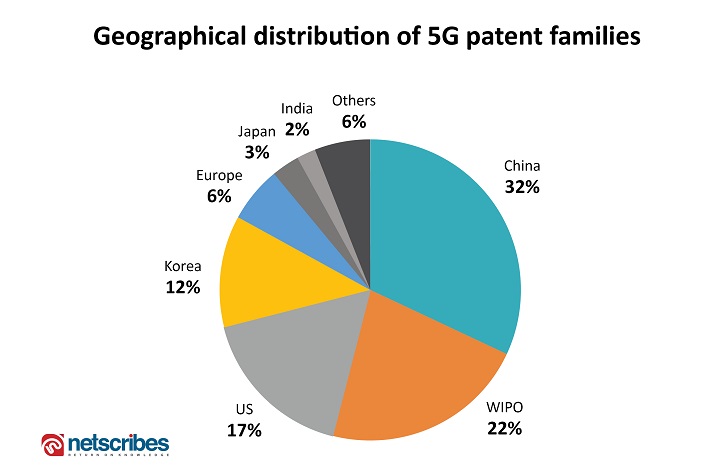 China is one of the world’s fastest growing telecom markets by subscribers and network size. It’s also home to a number of technology heavyweights who, with continuous government support, have been investing heavily in the innovation and development of 5G technologies. According to Netscribes research, China’s Huawei and ZTE are among the top six patent assignees for 5G technologies.

Notably, ZTE was the biggest filer of international patents via WIPO in 2016, with more than 1,500 of its applications being 5G-related. It was also the world’s first vendor to verify key technologies in the 5G millimeter wave and sub-6GHz frequencies in 2016. ZTE has signed a strategic cooperation agreement on 5G innovation with several operators, including China Mobile, China Unicom, China Telecom, DT, SoftBank, KT, Telefonica, U Mobile, ROHDE & SCHWARZ, and Cobham.

Huawei, one of the largest seller of smartphones in China, ranks second in international patent filings.

5G is expected to provide superfast internet speeds to support the growing need for virtual and augmented reality entertainment and large-scale implementation of machine-to-machine communication. As the underlying technologies for 5G networks evolve, there’s going to be significant competition to assume a dominant position in the marketplace.

Stay on the ball with competitive intelligence and real-time updates on the 5G market. Speak to us to know more.