Will blockchain be more popular than Bitcoin? 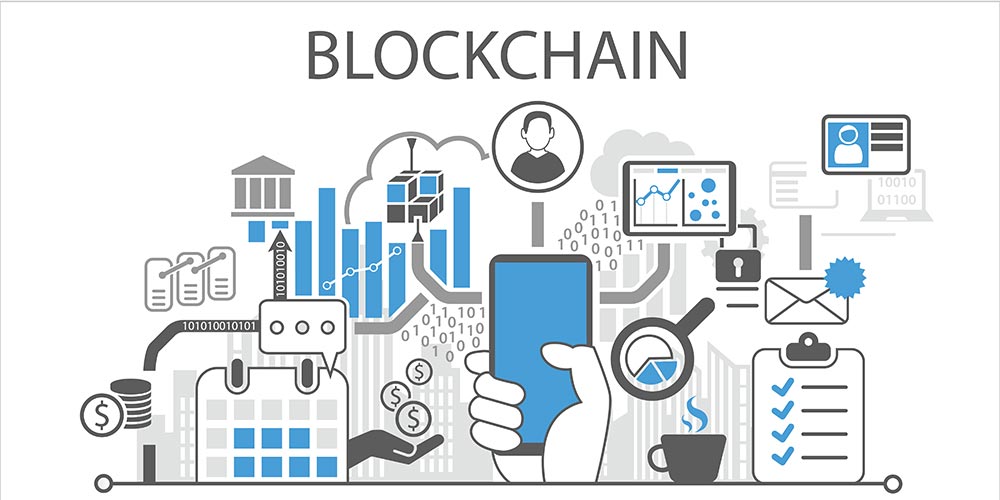 “Every informed person needs to know about Bitcoin because it might be one of the world’s most important developments.” Leon Louw, the noted Nobel Peace Prize nominee, was not wrong in emphasizing the important developments that took place due to the rise of Bitcoin transactions. Ergo, technologies that supported Bitcoin such as blockchain also gained in popularity and importance. Blockchain technology has enabled Bitcoin to be timestamped, anchored and notarized. Many engaged in an intense discussion on the increasing fear of the “denationalization of money,” which interestingly meant that people would gradually decide their currency. Yet, many argue that blockchain technology is more of a cultural shift than a technological one. As the technology does not just support financial transactions, it has applications elsewhere like exchanging property transactions, buying diamonds, etc.

How does blockchain technology work?

What if you ordered your favorite dish based on a picture in a menu card and it arrived looking the same? In today’s impervious world, you would have probably gaffed at the thought. But, this scenario can be a reality, as the inclusion of blockchain technology can bring transparency and efficiency. It is considered the hero behind Bitcoin’s success, and the growing craze for cryptocurrencies. The upsurge in demand for Bitcoins is mainly because the transactions are transparent, traceable and verifiable. It does not require any third-party intervention for its efficacy. It is this underlying technology that makes it feasible and efficient.

Here’s a look at how blockchain works:

Blockchain technology can function without the need to have peer-to-peer interaction, for which it is famous. Blockchain technology is a ledger system that is maintained by the aggregate number of computers without a centralized authority to approve the transaction. For a ledger to change, it requires consensus among participants mutually. And, it protects transactions from hackers.

After tracking the efficacy of this distributed ledger technology, or DLT, industries across the globe are seeing the potential of this technology in leveraging businesses. With its slow acceptance around the world, it is no wonder the impact of this digital integration with businesses is gradually disrupting industries. Yes, this technology is envisioned to have functionalities in IoT applications, or tracking health industry records, or corporate audits. Notably, those companies looking for a competitive advantage via social, mobile, cloud, analytics and other cognitive technologies are seeing the need to have blockchain technologies as an enabler.

According to Netscribes research, blockchain technology is expected to reach approximately $14 billion by 2022. 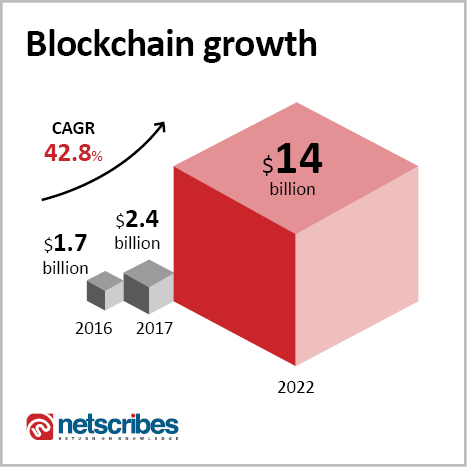 Such a projection would imply that the technology may not remain stagnant to the growth in Bitcoin transactions.

Not too long ago, a Hollywood movie called ‘Blood Diamond’ successfully created an aversion against diamonds sold from troubled countries to fund civil wars within their countries. Today, with the existence of blockchain technology, one can easily track the source of these conflict diamonds from those troubled zones. Call it a technology that truly does some good, the technology can provide a solution to human trafficking and disputed land rights in the future.

Blockchain technology is in its nascent phase where many still associate the technology as being applicable only for Bitcoin transactions. In the future, this association may fade as many economists believe that the popularity of Bitcoin as a currency may be a bubble that will eventually burst. But, blockchain technology is here to stay.

For more detailed insights on blockchain technology, write to us at info@netscribes.com.