How Bitcoin became one of the hottest topics in recent times

Bitcoin has taken the world by storm. Its soaring value has left both enthusiasts as well as laymen wondering if it’s too late to invest. Before you decide, here’s everything you need to know about this trending cryptocurrency.

Bitcoin is a cryptocurrency based on blockchain technology. Blockchain is an encrypted, distributed ledger shared across multiple computers or nodes that are part of a community or system. It has some obvious benefits such as the ability to reduce security breaches, data tampering, and fraud. It also has the ability to make data transfer simpler and easier between entities.

Bitcoins are stored in a software program known as Bitcoin wallet. A Bitcoin wallet is similar to a digital wallet, that not only stores Bitcoins but also stores other relevant information like a private key that is used to access the Bitcoin address and carry out the transactions. No more than 21 million Bitcoins can be mined, which makes it a limited and finite resource.

Soaring high in a short span of time

The limited supply of Bitcoin is the primary reason for its soaring prices. Here’s a brief overview of Bitcoin transactions since 2013. 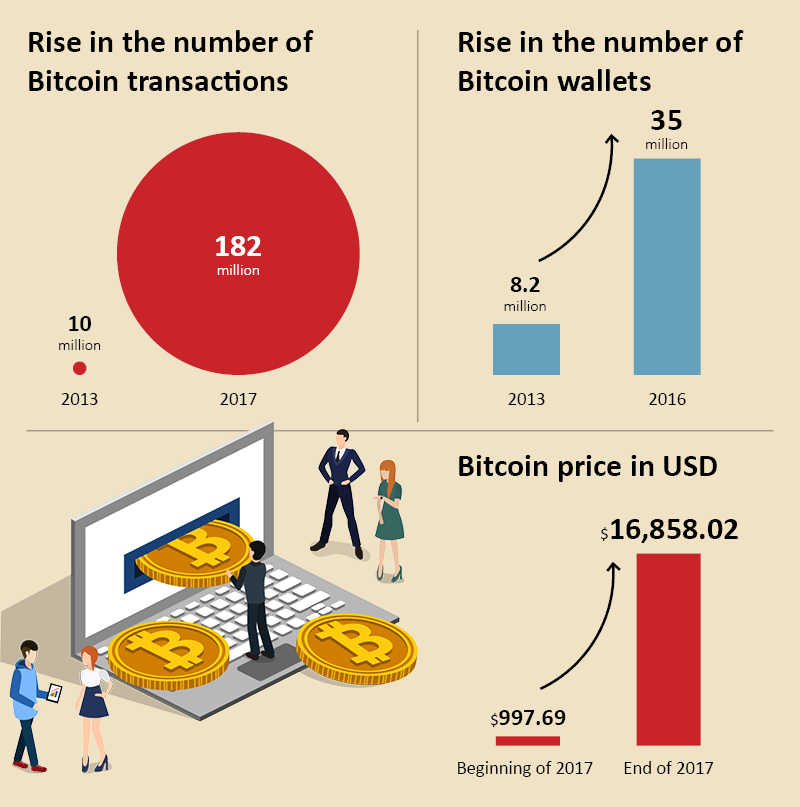 The demand for Bitcoins is also reflected in the price of Bitcoins. At the beginning of 2017, the bitcoin price was USD 997.69 which increased to USD 16,858.02 by the end of 2017, which implies a drastic increase in demand this year.

Exchanges are slowly growing as a large digital marketplace. Here, traders and sellers trade in cryptocurrency. CoinBase is US’s largest Bitcoin exchange has 11.9 million user base. Other US Bitcoin exchanges include CEX.io,  BitQuick, Bitstamp, Kraken, and many more.

As a part of its increasing momentum, there are auxiliary innovations that were key to its rising trend. Here’s a look at the most prominent applications supporting Bitcoin: 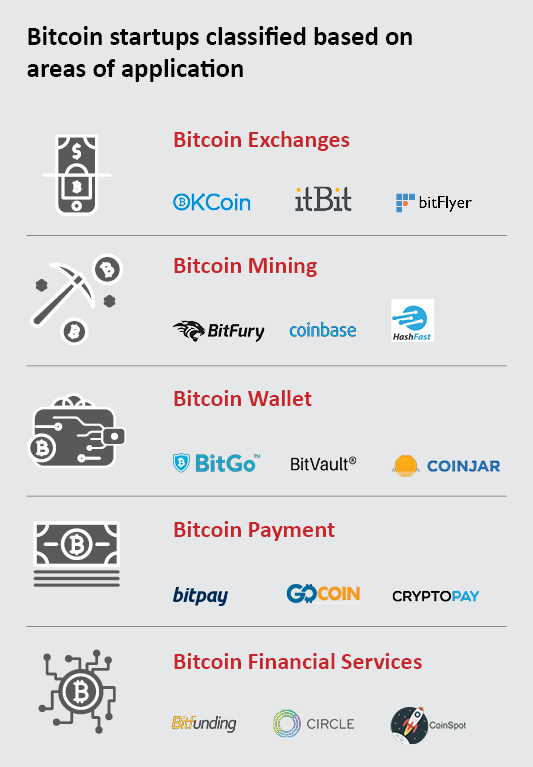 While some nations have accepted Bitcoins as an innovative technology, others continue to dismiss the technology altogether. For instance, recently Bitcoin has been considered as an equivalent to money in Australia; additionally, no GST is imposed on it. But, the Central bank of China has announced that the ICO (initial coin offering) is an illegal method of raising funds. This is especially true for all those Chinese investors buying ICO (initial coin offering) and trading in Bitcoin. There are also additional developments like in Tokyo. Recently, Bitcoin exchange, Bitflyer received permission to operate in New York and another four states in the US.

Despite reservations by economists, judging by the numbers, it’s clear that Bitcoin will continue to disrupt industries across the globe.

Keep pace with the emerging trends in the financial services industry. Speak to us to know more.