Find out the applications, innovation landscape and future impact of neuromorphic chipsets


What are neuromorphic chips?

Neuromorphic chips are microprocessors with higher computational power than conventional chips. Inspired by the human brain, these chips integrate memory and processing units in the same location, enabling high connectivity, parallelism, and real-time computing. neuromorphic chips emulate the human brain’s neural activities through artificial synapses, neurons, and axons. Currently at an early stage of development, neuromorphic chips are expected to give a boost to future AI applications by enabling high-accuracy perception and interpretation of data and prediction of future events.

Synapses receive signals from other neurons as voltage spikes

Function in a smooth analog pattern of voltage

Transmits voltage spikes to other neurons 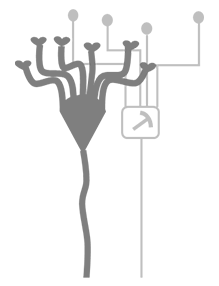 Wire is an emulated axon that mimics an axon’s operations

Neuromorphic chips continue to operate even after the failure of a few components of the chip. This reduces the cost of production of the chip due to lower fabrication tolerances

Current AI chipsets are ordered, and operate in a calculated manner. However, neuromorphic chips are stochastic in nature because of which they can be used for all applications

The low-power pattern recognition of neuromorphic hardware helps to classify objects, make predictions, or anticipate conditions. It is also possible to understand the context of such patterns by using neuromorphic chips

The concept of emulating neurons on a chip could enhance complex operations to make business decisions secure and cost-effective. Parallel connected neurons can boost AI verticals compared with the conventional processing systems. Non-stop learning and pattern recognition using this human brain architecture can help compute signals and data in the form of visual, speech, olfactory, etc., to perform real-time operations as well as predict outcomes based on detected patterns. Neuromorphic chipsets can also enhance performance owing to their low-power consumption to process AI algorithms.

Based on patent data, this report analyzes the ongoing R&D and investments in neuromorphic chipsets by major institutions across the globe to reveal the top innovators and technology leaders in this space.

Get your copy now

Neuromorphic Chipsets: Introduction to the Concept and Architecture

Get your copy now

Onam holds a Master’s degree from the University of Illinois at Chicago with specialization in telecommunications. At the University of Illinois, her course of study covered subjects including wireless communications, RF systems, semiconductors, networking, digital communication, etc. She was also a member of the Society of Women Engineers and attended many conferences and sessions related to initiatives by women technologists and awareness of technology across diversity. Onam has research expertise in topics related to IoT, 5G, connectivity solutions, autonomous systems, RF devices, semiconductor fabrication, telecommunication equipment, ICs and Chipsets, etc. She works on custom research projects and provides technology consulting and advisory to clients on a range of aspects including creation of strategic partnerships, development and adoption of innovative or disruptive technologies, R&D and product roadmap creation, etc. by leveraging robust research approaches and methodologies that combine competitive intelligence, patent landscape, M&A, trend analysis and other important parameters. The combination of her education, expertise and professional experiences makes her one of Netscribes’ lead analysts in the electronics, telecom and semiconductors domains.

His areas of interest include semiconductor fabrication and processing, networking and 5G related studies, telecommunications, display technologies, user interfaces, sensors and robotics among others. He has been actively involved in technology assessment/consulting, competitor analysis and benchmarking, and technology roadmap studies that require a complete understanding of the ecosystem.

Faizal graduated with a Bachelor’s degree in Engineering with specialization in Electronics and Telecommunications from Mumbai University.